All posts by Carola F Berger

So, now I have your attention with that title, let’s delve into the real, less anthropomorphizing question: Is neural machine translation (NMT) biased? I was inspired to write this blog post after watching the documentary Coded Bias (available on Netflix) and a follow-up panel discussion entitled “Is AI racist?” (AI = artificial intelligence). Obviously, I borrowed the title for this blog post from that panel discussion. I highly recommend watching the aforementioned movie, if you haven’t already.

As a white Western European female, I don’t have first-hand experience with racism, so am therefore not really qualified to write a blog post about NMT and racist bias. However, as a female with two advanced STEM degrees (Science, Technology, Engineering and Mathematics), I do know a thing or two about gender bias. I was once told at the beginning of a physics lecture at university that

a woman’s place is in the kitchen.

This is, in fact, a verbatim quote, but I won’t mention names or other details to protect the guilty. Given that I am the world’s worst cook, I did not heed that “advice.” (How many other people do you know who have managed to explode an oven while trying to bake a cake?)

END_OF_DOCUMENT_TOKEN_TO_BE_REPLACED

Do I need to translate my non-English documents into English for USCIS?

Yes, all documents that are not in English must be accompanied by an English translation. The documents must be translated in their entirety, and the layout must be reproduced in the translation.

END_OF_DOCUMENT_TOKEN_TO_BE_REPLACED

If you are in any way connected with the world of translation and interpretation, you have certainly asked yourself at least one of the above questions about neural machine translation (NMT). These questions are by no means easy to answer. If you ask n experts, you’ll likely get n+1 different answers. Let me quote a few experts:

END_OF_DOCUMENT_TOKEN_TO_BE_REPLACED 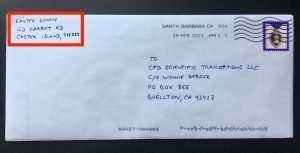 Consider the following scenario: You receive an email message from the HR department of a large international corporation inviting you to a job interview. The company is looking for a language professional with precisely your skill set. The offer sounds perfect, almost too good to be true. So, you look for the company online, the company URL (its address on the World Wide Web) matches the email address, and everything seems fine. Or is it? Read my new article on Translorial.com to find out how you can tell whether an email is authentic or could be a scam.

What is a certified, notarized, and sworn translation? What is an Apostille?

Are you confused by the various terms: certified, notarized, sworn, Apostille? Wondering which type of translation you need for your official documents? Wonder no more. Here are the definitions in a nutshell:

END_OF_DOCUMENT_TOKEN_TO_BE_REPLACED

I recently got interviewed for the podcast of ATA’s Spanish Language Division. I chatted with Gloria Cabrejos about the circuitous career path that led me to become a patent translator and about scams that target language professionals.