At February’s NCTA General Meeting, two representatives of the language industry discussed the ramifications of AB5 for the industry and suggested what independent language professionals can do to help.

On January 1 of this year, Assembly Bill 5 (AB5) went into effect and brought sweeping changes to California’s labor laws. The intention of AB5 was to simplify the classification of independent contractors and employees in California; however, it brought a host of unintended consequences. AB5 has caused considerable confusion in the language industry. NCTA invited Lorena Ortiz Schneider, founder of the Coalition of Practicing Translators and Interpreters of California (CoPTIC), and Shamus Sayed, vice president of Interpreters Unlimited, Inc., and board member of the Association of Language Companies, to clarify some of this confusion at the February General Meeting.

For more information, read my summary article that just appeared on NCTA.org. 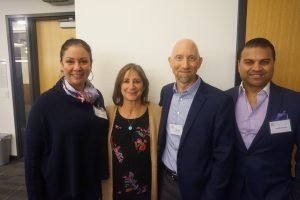